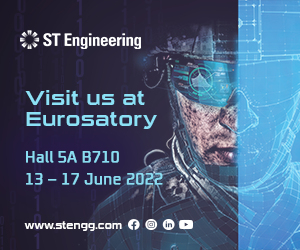 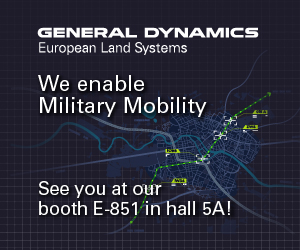 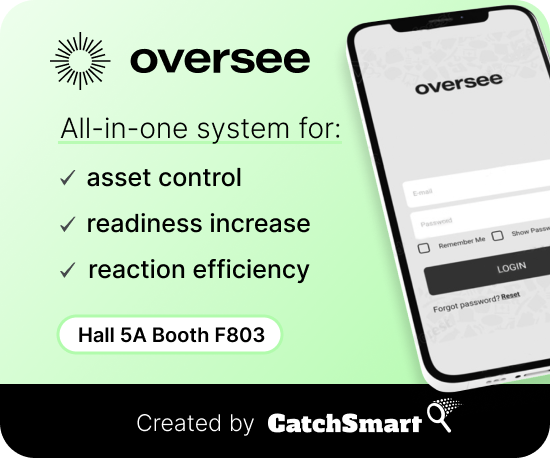 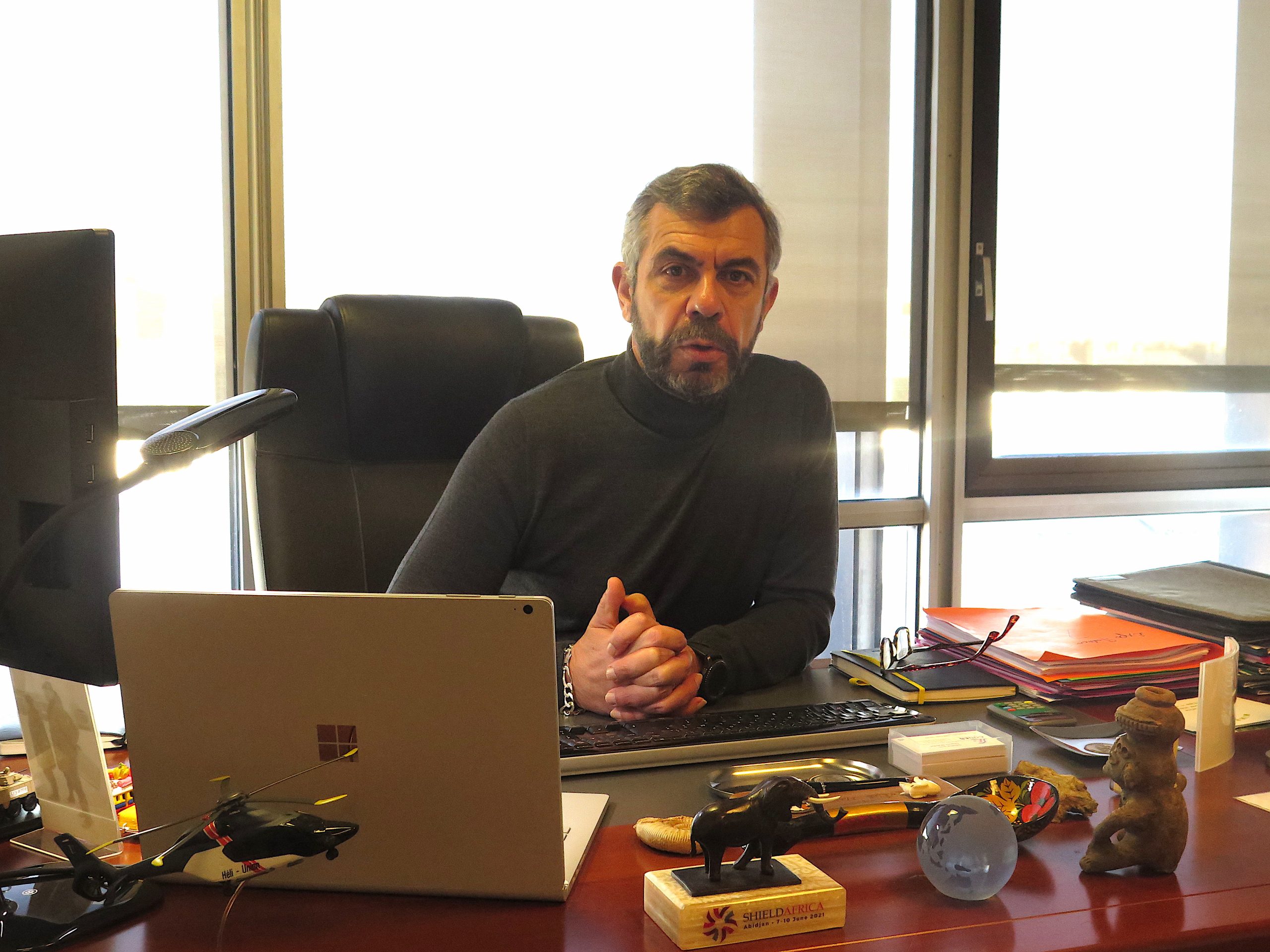 Interview with Charles Beaudouin, CEO of COGES organizer of Eurosatory 2022

The Official Daily of Eurosatory 2022 interviewed General Charles Beaudouin, CEO of COGES, a 100% subsidiary of GICAT and organizer of the show, on the major trends of this edition. Participation, news, nations represented, areas of interest… He gives us his expert view.

After four years, Eurosatory is back. How do you envision participation?

We started marketing Eurosatory 2022 in February 2021. Six months before the event, we can already say that the 2022 edition will be close to that of 2018, which had set a record, thus maintaining its primacy in the world, both in terms of number of exhibitors and national pavilions, as well as in visits by official delegations.

What new features does COGES offer to further enhance the attractiveness of what is rightly considered the benchmark for land defence exhibitions?

In addition to ever more assertive global industrial (exhibitors, visitors) and institutional (exhibitors, official delegations) representativeness, with new participating countries, Eurosatory promotes the presentation in preview of new major equipment, services and technologies in the land and air-land fields.

For this 2022 edition, we will renew our zone dedicated to start-ups, the “Eurosatory Lab”, our more numerous dynamic and static demonstrations of equipment and services, endeavouring to interest both the armed forces, security forces as well as NGOs. A must will undoubtedly be the dynamic presentation of a new capacity demonstrator, of which we are very proud, which we call HELPED by COGES, intended to provide a global and adapted response to humanitarian crises resulting from disasters, both natural and caused by the human being. Dynamic demonstrations of CBRNe industrial solutions and simulation used by armies are expected.

Another novelty, entertainment areas linked to the business sector will allow show attendees to spend convivial moments. Visitors will also, for the first time, be asked to vote for their favourite start-up within Eurosatory Lab.

Finally, to allow the best possible preparation for participating in the show, we are offering a user-friendly and efficient website dedicated to the event as well as ever easier registration methods, i.e. through a chatbot. Similarly, an even more powerful downloadable app will allow you to move around and easily find your way in the exhibition. The Daily will be available in paper and digitized versions, the latter being distributed slightly in advance!

From your position, do you see a considerable increase in terms of exhibitors in certain areas, for example counter-UAS or others? And an area of ​​diminishing interest? How might the growing interest in peer-to-peer confrontation affect Eurosatory 2022?

As a former Deputy Chief of Staff of the French Army in charge of capabilities, I remain extremely attentive to the evolution of threats in the world. The return of conflicts between sovereign states, where until recently the paradigm was asymmetric terrorist warfare within failed or struggling states, has changed the situation in recent years. Thirty years of operational comfort since the fall of the Wall have revealed, in all the armies of the world, significant capability shortcomings. If we add to this the new fields of confrontation that are Cyber ​​or Space, there is an urgency for the armies of the world to get up to speed. I say “urgency”, even for the access to capacities that take ten years or more. The thinking of the General Staffs must be both « top-down », through a vision and a medium/long-term capability project adapted to the geopolitics, geostrategy and financial means of the country, but also « bottom-up”. by permanent reactive adaptation in a short cycle. New technologies and their equalizing power are likely to deal serious blows to an army. This is even more true for the least experienced armies today. Of course, these reflections also apply to security forces, challenged by social networks and the easy access to drones, means that offer a real ability to manoeuvre to « black blocks » or to terrorists taking advantage of demonstrations in town or during major events.

Also, Eurosatory wants and must present a complete offer of equipment and services representative of current and future challenges. I think that no official or private delegation will leave Eurosatory without having got new solutions, reflections and ideas. This is essential.

The reinforcement of the offer therefore relates to the segments that have been the subject of a significant reduction in capacity (air defence, artillery, in particular precision munitions), access to new capacities (drones equipped with a large range of payloads) and the fight against new threats; counter-UAS indeed, resilience to cyber-attacks, ability to evolve in a jammed environment and therefore “GPS denied” when everything today relies on GPS, protection of very vulnerable command posts by their radiation and their relative obesity. If the drone offer continues to expand, land robots are much more difficult to be used in a segmented land environment and must be based, beyond the robot itself, on an efficient and robust robot-operator command and liaison system. This offer, in terms of buddy robot, remains today rather in the making but will grow in the years to come with the development of artificial intelligence capacities. The subject of the connection of capabilities, whether land, air-land or air, is central, because it allows a better understanding of the situation and of the action. Just as the resilience of these capacities to jamming is essential.

Strictly speaking, there is no area whose interest is diminishing, as the challenge is to be able to have the most complete spectrum of capabilities, according to one’s means. Armour offerings, for example (Scorpion is a glaring example), remain at a high level. Admittedly, in the field of main battle tanks, we are witnessing more of a search for improving capabilities (Hard-Kill for example) than a replacement. Simulation is rather on a line of stability while also waiting for the contributions of artificial intelligence for a wider use in actual operations.

The 2018 edition saw many initiatives aimed at attracting high-tech start-ups and SMEs, mainly French. Are you considering the possibility of extending these opportunities to foreign, i.e. European, entities?

It is more than a possibility, it is a will. And it will not be limited to European entities. Eurosatory is an international exhibition where non-French exhibitors are a majority (usually between 60 and 65% of the companies are foreign). It must present the global trends in high-tech innovation, coming from large industrial groups as well as from SMEs and start-ups, the latter grouped together in the Eurosatory Lab (in 2018, we had 30% of foreign companies of which more than half were European: Germany, Spain, the Netherlands, Poland and even the United Kingdom).

A commercial effort has been made to attract start-ups. with numerous contacts made at trade fairs abroad or via foreign incubators/accelerators. This was particularly the case in January during the Consumer Electronic Show, the largest exhibition in the field of innovation (general public and industry sector) in the world.

At EU level, several initiatives are being taken to develop new technologies and future common systems. Will Eurosatory have a dedicated space to highlight these initiatives, which sometimes remain unrecognized?

Eurosatory 2022 is part of a very marked European context, at three levels.

France is also engaged in cooperation with its neighbours and our show will be an opportunity to highlight this. This is the case of the Tiger MK 3 combat helicopter with Spain, and tomorrow I hope with Germany, of the Scorpion programme which will see the light in three years time, with the start of the first deliveries of the GRIFFON to Belgium, with which France has already many operational cooperation.

Finally, Eurosatory will take place during the French Presidency of the European Union) and the European presence should be all the more marked! We are also awaiting the arrival of a very high European authority.

Concretely the COGES teams, with the GICAT support , which is in permanent contact with Brussels and the European institutions, work with the latter to guarantee their presence at the show, whether through stands or conferences. We have thus already established with DG DEFIS 1, IRIS 2, SYNOPIA 3, conference topics on the European Defence Fund, on European strategic autonomy, on the future of European space defence, etc.

Defence versus Security: it is clear that defence and internal security sometimes overlap, and Eurosatory has widened its scope in previous editions to the world of security. What are your plans for Eurosatory 2022? The Parisian event was born as an exhibition exclusively devoted to defence at the end of the Cold War, and defence should probably remain the central subject. Where do you find the optimal balance between the two worlds?

Defence and Security are part of a continuum of action justified and accelerated by the waves of terrorist attacks that have shaken France, Europe, and the world for more than twenty years. This continuum is achieved through equipment but also in the necessary juxtaposition of location, command, and information systems to conduct, if necessary, these operations jointly on the ground. A Defence offer alone has long ceased to make sense and, for years, Eurosatory has been regularly expanding its global offer to the Security sector, which is otherwise very diversified.

Do we know that today truly lethal systems only concern 10% of the show’s offer? If the offer does not decrease, it has extended to many other systems than weapon systems. The preview presentation at the show next June of a HELPED by COGES global response to humanitarian crises confirms this development. All these offers proceed from a logic of combination of effects, adapted to a particular threat or event that has occurred, requiring a real-time command and control system, most often projected onto a dedicated area. Eurosatory has the know-how to present and enhance this common DNA in an optimal way, with purposes as different as they are complementary. it

Beyond the theme specific to HELPED already developed above, we can also count on the presence of the Ministry of the Interior, on presentations of equipment and services specific to the police and gendarmerie forces, but also of a thematic area dedicated to infrastructure security and another to civil security and firefighting (and others). Conferences and dynamic demonstrations by security forces will accompany these exhibitions, which will be the subject of visits by an ever-increasing number of official security delegations.

In the usual absence of a Chinese and Russian pavilion, how can Eurosatory still claim to be a truly international show? Knowing that, nowadays, many armies of the world, mainly in Asia, Africa, the Middle–East and Latin America, commonly use Chinese and Russian military equipment ...

It’s a real subject. Eurosatory is the world’s leading Defence and Security exhibition. It must allow official delegations from all continents to meet exhibitors from all regions of the world, while respecting, of course, the contingencies imposed by international politics. This is completely compatible when it comes to Russia and China, two major states in terms of capabilities. Just because a national pavilion is not present does not mean that the companies of the country are absent, the pavilion simply signifies a higher level of investment by the country in terms of federation of its exhibitors. In fact, Russia and China will be well represented at Eurosatory 2022 through several of their Defence and Security companies.

Do you already have any newcomers to Eurosatory, either in terms of nations or major first-time exhibitors?

To date, we have exhibitors from more than 45 countries, including an exhibitor from North Macedonia (new country), and 18 national pavilions, including a new Lithuanian national pavilion (we already had exhibitors from the country but never a pavilion) . We are making an effort in regions (Africa, Central and South-East Asia, Middle East, Latin America) that are less represented in industry than other continents.

1 Directorate-General for Defence Industry and Space

2 The French Institute for International and Strategic Affairs

3 Independent and non-partisan, recognized as being of general interest, the think tank Synopia, created in 2012, carries out analyzes on governance issues, and develops concrete proposals for decision-makers in order to improve public governance, corporate governance and cohesion issues, in France and in Europe